The character used here is the The Rooster of Barcelos (In Portuguese, “Galo de Barcelos“), one of the most common emblems of Portugal. It recalls the story of a roasted rooster that miraculously stood up and crowed, saving an innocent man who had been condemned to death. As such, I see it as a symbol also of life and justice, and a more humorous story stemming from the common people.

The repeating tile design used here is in the style of Portuguese tile, ceramics, metalworking and decorative arts; it calls to mind wrought iron and traditional botanical motifs. It is less geometrically Moorish than the design used for Spain, and simpler and less rococo than the Italian.

The Portuguese were some of the original mariners and explorers from Europe in the 1400s, and for many years were seen as the most skilled and knowledgeable European navigators. Their colonial empire in the Americas was the area of Brazil. Their colonial empire was responsible for an era of enslavement of indigenous peoples, and for importing a huge number of enslaved Africans to work on mining and sugar cane plantations.

Even today there is a legacy of social stratification, and of mistreatment of indigenous peoples to profit from the resources of their land… though modern Brazil has grown into a generally very tolerant, mixed and vibrant culture. 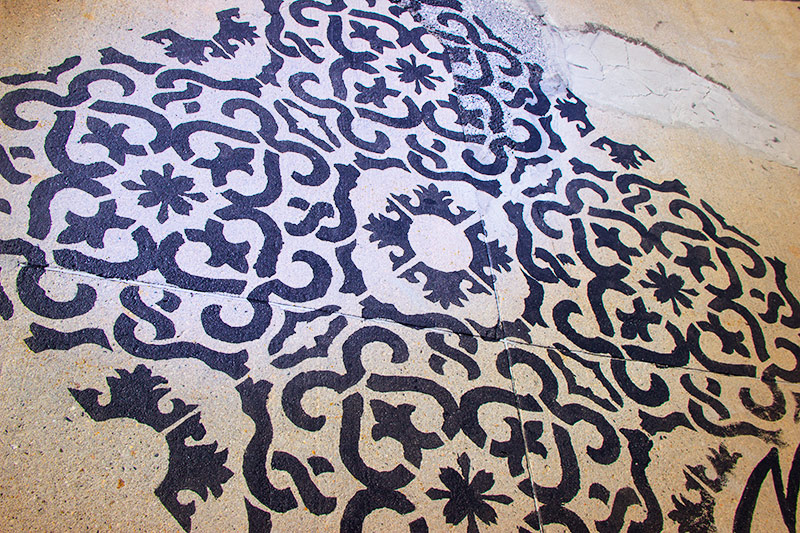